Solo travel as a woman has become increasingly popular over the past few years.

A trend which is also gradually seen in Algeria.

Algeria is a safe country where women can travel easily alone. With the necessary precautions, of course, just like in any other country. 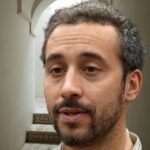 Perhaps due to some events in the past, many people still think that Algeria is a dangerous country to visit. But that bad reputation isn’t true, something noticeable once you visit it. It is one of the most socially developed countries in Africa and a civilized country, unlike how some still perceive it.

Where Not to Go

Avoid border areas near northern Mali, Niger, Western Sahara, and Mauritania, which are all no-go zones for Westerners.

Some of those areas might not be safe places for women traveling alone. While there are no frequent reported cases of rape, kidnapping, or murder, there are some risks related to that.

The main risk is theft. Theft is a problem throughout North Africa. Thieves target tourists and locals alike. Be careful where you park your car, especially at night. Never leave valuables unattended. Also, don’t wear expensive jewelry or carry large amounts of cash.

Somehow another risk is harassment. Some Algerians may try to flirt with you. This can happen anywhere, even in public places. Don’t let this bother you; just smile politely and ignore the advances.

Back in the 90s, Algeria had a civil war makes by several terrorist attacks throughout the country. And that got media attention worldwide and somehow influenced how the rest of the world sees it in the decades after. Even though there is still some terrorism, such only occurs around the borders of neighboring countries like Libya, Mauritania, Mali, Niger, and Tunisia. These are absolutely no-go zones in Algeria. Also, in some remote areas south of the country, in the Sahara Desert, there are known terrorist groups.

No reason for alarm. All the travel you will do around the country will be far from such areas.

Is Algeria Safe For Female Travelers?

Yes, Algeria is safe for solo female travelers. However, women should be aware of some cultural differences when traveling in Algeria.

Women should dress modestly when visiting religious sites, avoid wearing revealing clothing, and cover their heads when entering mosques. Women should also be careful not to walk alone at night.

Some point out that it is difficult in Algeria for a woman to go alone to a bar at night and it is perhaps pointed out as one of the frustrations women point out when comparing to other destinations.

How to Stay Safe in Algeria? Advice for Women Traveling Alone

Whoever travels alone does take several simple precautions, which are mostly based on common sense. But there is also some advice according to some cultural requirements specific to the country, in this case, Algeria.

Dress Code in Algeria. What Should You Not Wear

Algeria is a liberal Muslim country. Generally, avoid wearing mini-shorts or skirts, low-cut tops, or other clothes of the kind which are to be banished. It is a question of culture, women are often rather covered in the country even if it is hot.

As a general rule, it is advisable to drink and/or smoke only at appropriate places, such as bars or restaurants that accept these practices (some even serve alcohol).

A specific piece of advice concerns women smokers, in fact, traditionally women do not smoke in the street, under penalty of being considered prostitutes. It’s frequent to see women hiding to smoke in the toilets or in isolated corners.

Even if you would be able to spend extraordinary moments with strangers that you can meet along the way, even after dawn, few people go out alone after dark (a habit that stems from the 90s).

Overall, Algeria is a safe country for female travelers. However, there are some risks associated with traveling alone as a woman. The following tips are essentially common sense advice, but some are specific tips for Algeria:

Across my tours around Algeria and when meeting travelers along the way, sometimes I get to know women from all parts of the world that are touring alone in Algeria.

Suzane, a Digital Nomade from France

Just last month, I met Suzane, a digital nomad from France. She is 32 years old and lives alone with her cat in her van while traveling Europe and North Africa. She has been in Algeria multiple times, the first time around 2007. Since then, she come back to the country three more times, twice traveling on her own.

From her earliest childhood, Suzane always dreamed to travel around Morocco and Algeria, inspired by the stories her uncles told her about such regions. And she has embarked on the adventure of discovering the culture of Islam, with its sometimes complex codes revealed by young undocumented Algerians that she gets to meet along the way.

Suzane can’t stress enough how Algerians are so welcoming, truly agreeing that it’s one of the main reasons to travel to Algeria. Like a new Algerian friend she made along the way told her:

“We all know an Algerian who knows someone who can help you!”

She also told how in Algiers she never felt alone! Some very assuring, specially if you are visiting it for the first time. Whether getting help from locals on what to visit, being joined for lunch, or having residents serving as guides, she said that it’s really easy to sense how welcoming Algerians are, whether in the capital or other regions.

There is a culture of sharing among Algerians that is unfortunately lost in several western cities. It’s not common that while on a bus, people come to talk to you, offer you fruit juice, a tea… or even meet people in the street who welcomed you to their homes for some days!

I’ve traveled to Algeria several times and never felt unsafe. In fact, I had a wonderful experience every single time.

Caroline is a 26 years old American girl completing her Master in International Tourism at a French university in Bordeaux. She has a lifestyle and travel blog that is also the reason to travel around North Africa and Europe for the past two years.

She first went to Algeria to meet an Algerian friend and then stayed in her friend’s family house for over two months. That has helped Caroline discover the culture of the country, but also to be more confident in traveling afterward around the country alone as an American woman.

While traveling alone around the country, she was using regularly the bus, the collective cab, the train and stayed in guest houses… And she confirms very clearly that at no time did she feel insecure!

Free to Decide Your Route and Pace

When traveling alone you can enjoy a trip at your own rhythm. You can decide what to do and when to do it. When you travel alone you can take a rest whenever you want. You don’t have to rush anywhere. You can just sit back and relax if you want to.

Most solo travelers’ best memories are associated with one or more encounters made possible by their freedom of action, being able to “get up, and then change your mind” is for her a wonder of solo travel.

Mix With the Locals

Socialize with the locals and get to know better their culture. In addition to independence, traveling alone allows one to meet more people. If you were traveling in a group, you won’t be able to meet all these people. And normally they approach you because they see you alone thinking that you need help.

In one sense due to the absence of mass tourism in Algeria, somehow the probability of finding really honest people willing to help seems to be more preserved in the local population.

When you travel alone, you can explore the country’s culture in another way. You can meet new people and see how they live. You can learn something new about them almost every time you meet someone.

Yes, All the female travelers I’ve met, whether solo or not, said they felt safe in Algeria and never had a bad experience when traveling around the country.

Is Algiers Safe for Solo Travellers?

Yes. The capital and other bigger cities are perhaps the safest places for solo travelers. However, as in most bigger cities, there are some neighborhoods that are better to be avoided, especially at night.

What Is The Most Dangerous City In Algeria?

There is not a major dangerous city in Algeria. You should mainly avoid border areas with neighboring countries like Libya, Mauritania, Mali, Niger, and Tunisia.

How Does It Feel To Travel Alone In Algeria?

Algerians are welcoming to foreigners and tend to respect them. Also, tend to be very helpful for tourists and are really proud of their country

Can You Wear Shorts in Algeria?

Better not to do so. Avoid wearing shorts or skirts, low-cut tops, or other clothes that show of the kind which are to be banished. It is a question of culture, women are often rather covered in the country even if it is hot.